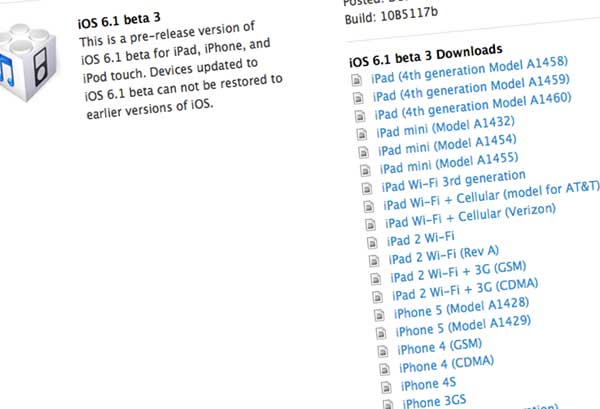 FIXED: When browsing the iTunes Store, TV Shows is missing Networks, Genres, and Genius from the top menu.
FIXED: The Top Movies and Top TV Shows grids are missing the featured carousels, as well as several featured shelves.
FIXED: Podcasts is missing the Providers item from the top menu.
TVs and receivers that support only IT video format no longer allow RGB High to be selected in Settings > Audio & Video > HDMI Output. If such a TV or receiver was set to RGB High before this update, another value will be used instead.

FIXED: In iOS 6.1 beta 2, you will not be able to upgrade or downgrade your iCloud storage (5 GB is free). As a workaround, please use either the latest OS X or a device running iOS 6.0.

FIXED: Typing quickly could result in incorrect input.
FIXED: Some Emoji cannot be entered using the Pinyin and Zhuyin keyboards.

In iOS 6.1, the Map Kit framework introduces the MKLocalSearch, MKLocalSearchRequest, and MKLocalSearchResponse classes. Apps can use these classes to perform map-based searches for addresses and points of interest. The results are then delivered to the app as an array of map item objects. For information about these new classes, see Map Kit Framework Reference.

As of iOS 6.1, the relevance behavior has changed for boarding passes that include both a relevant date and a relevant location. The date must match for these passes to be relevant. If both the date and location match, they are relevant for a longer window of time. You are encouraged to provide both pieces of information when they make sense for your passes.

This release does not support testing In-App Purchase in iOS Simulator. For apps that use this feature, please test on a device.

Weibo shows up in the Settings app only if a Chinese keyboard is enabled.
When using the iOS 6.1 SDK on OS X v10.8 (Mountain Lion), if you use the iOS 5.0 or iOS 5.1 “Legacy SDK” in iOS Simulator, you will not be able to sign in to Twitter via the Settings pane and Twitter.framework will not work correctly. If you need to test Twitter features, you will need to choose either the iOS 6.1 or iOS 6.0 Simulator run destination or test with iOS 5.x on a device. These problems do not occur when running Simulator on OS X v10.7 (Lion). 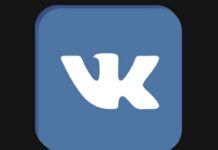 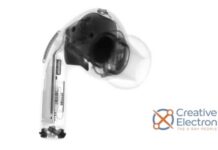 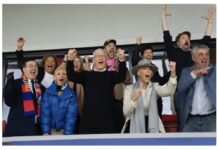 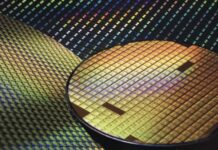 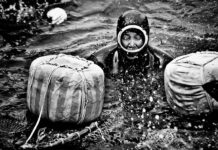 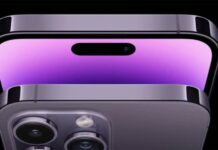 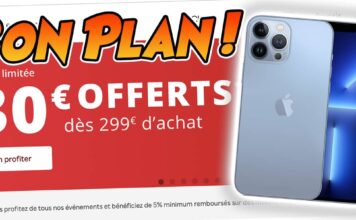 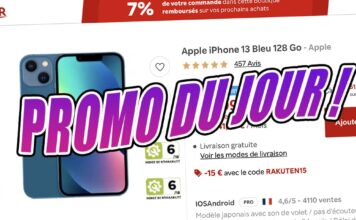 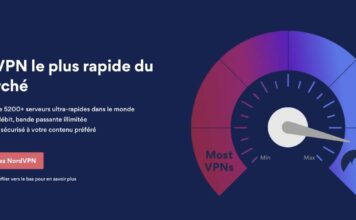